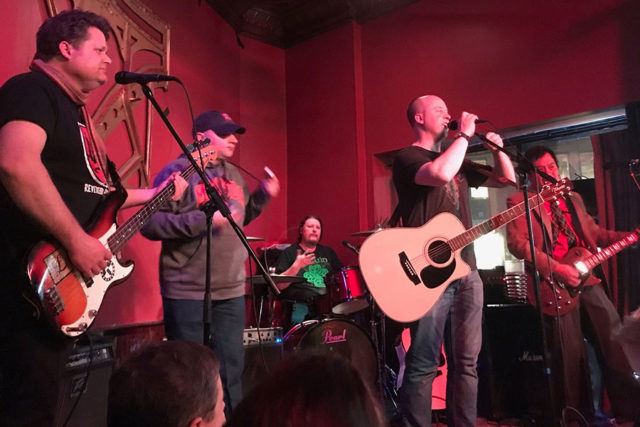 Formed in 1999, The Serfs have been playing their own brand of Irish rock all over the Twin Cities. Due to the unexpected death of original drummer Mark Schommer in 2007, The Serfs took a short break to mourn the lost Serf. Coming to the decision that Mark would not have wanted them to quit, the band decided to ask Tom Nelson, a mutual friend of Mark, Erik & Greg to join the band. Tom brought a new sound to the band, employing a full drumset and hand percussion, the band was ready to get back on stage. From playing a gig at The Wild Tymes to a private party, the Serfs deliver with up beat Irish rock! Covering bands such as Dropkick Murphys, Flogging Molly and the Pogues, to their own originals, The Serfs keep the people dancing, singing, and drinking!!