Leslie Rich (vocals, guitar, keyboards) grew up in Northern Ireland, listening to a mix of indie rock, acoustic songwriters and traditional Celtic music. Inspired by artists like Luka Bloom and Throwing Muses, Leslie became the principal songwriter, singer and guitarist for bands such as Emily Ryder, A Little Of The Ready and the Celtic folk band Hounds of Finn, recording on various labels including Immortal Recordings, Time To Be Proud Records, New Folk Records and Loud Folk Records.

He founded the Rocket Soul Choir in 1994, mainly as an acoustic response to the heavy, guitar-driven, Irish bands cropping up at that time. Even while Leslie recorded solo albums, played in other projects and relocated to Minneapolis, the Rocket Soul Choir continued in various configurations over the years–always with the mission to create stripped-down rock. The band has released four albums, including the 2016 EP Kidder’s Son, which received high praise on both sides of the pond, and their new album The Butcher Boy – the first featuring the current lineup.

When not making music, Leslie loves to bake and cook and claims his best songs have come from picking up a guitar while waiting on a cheesecake to come out of the oven. 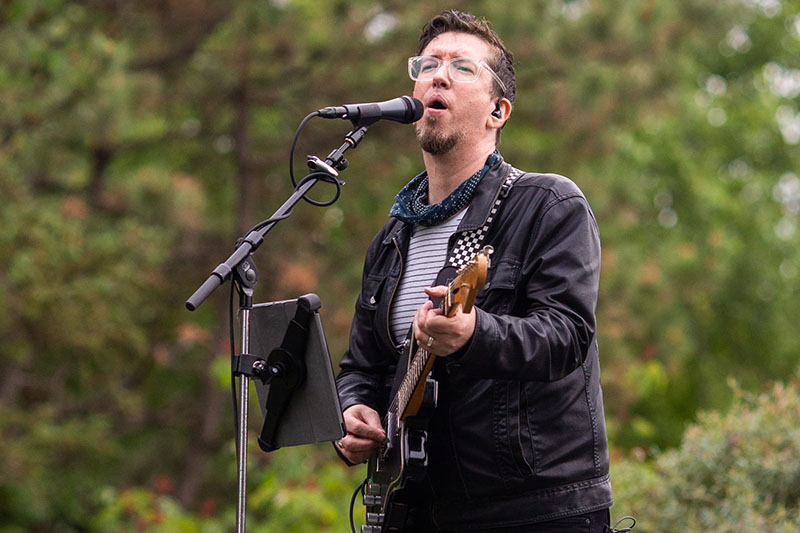