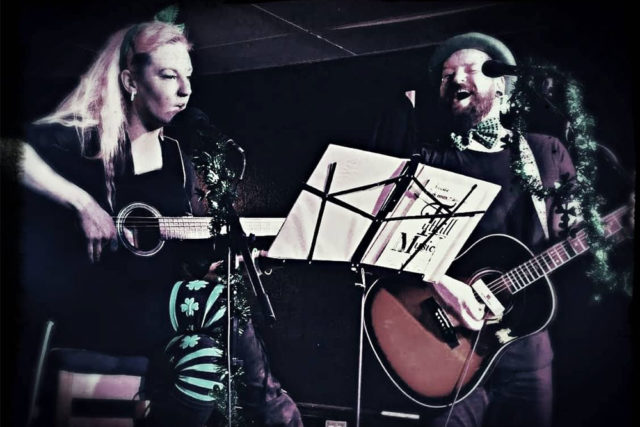 Fun and fresh take on all the best Rock hits and more!

Husband/Wife acoustic act – Jason Charles Tuthill of -VIA- on guitar, lead vocals and back up vocals, and Roberta Marie Tuthill on back up vocals, lead vocals, and accompanying guitar. Jason has been playing and performing music since 2001 and is the Lead Singer/Songwriter, Rhythm Guitarist and Founder of local hard rock band -VIA-. -VIA- has been active in the local music scene since their start in 2013. Now you can catch Jason in a more intimate setting, with the same powerful vocals, energetic performance and signature songwriting and interpretation that you’re used to with some added bonuses, harmonies, and sneak peeks!