Frenetic and fun, the Tim Malloys fuse traditional Irish music with a raucous Minneapolis sound that’s equal parts pub and punk. They’re a cornerstone of the Minneapolis-St. Paul Celtic crossover scene, releasing five albums since their 1994 inception and playing hundreds of shows in the Midwest from pubs to festivals.

Mashing up influences ranging from The Pogues to The Suburbs, from Flogging Molly to Tom Waits, the Tim Malloys’ sound is a fever dream of acoustic-on-fire guitars, manic grooves, and rowdy callbacks. But don’t just come for the bloody Irish music. Tim Malloys shows are legendary (or infamous, depending on who you ask) for good craic, lightspeed stage banter, and toasts to make you laugh or cry…or both. Enter at your own risk: here be dragons, drunkards, bastards, and blackguards.

While there have been different permutations of the Tim Malloys over the years, Adam Stemple’s return in 2017 solidified the current lineup’s signature wall-of-guitars sound. Anchored by Scott Schwister’s propulsive drumming, the classic “power trio” (Neil Johnston on bass and bodhran, Johnny Sjogren on guitar and Norwegian beatbox, and Adam Stemple bringing this-machine-kills-fascists energy and virtuosity on guitar) stomps the fretboards up front, roaming from rebel songs to ballads to long jams. This is not Irish-music-by-numbers. You won’t hear “Danny Boy” at a Tim Malloys show, but you might find yourself dancing to a deep cut by Violent Femmes or the Clash. 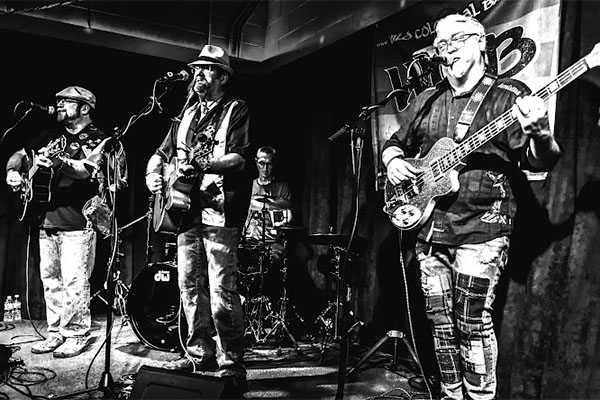