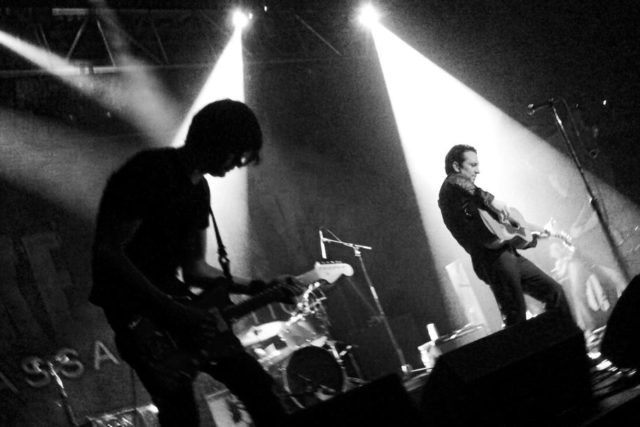 On Friday, March 15th the Dubliner Pub’s St. Paddy’s weekend Tent celebration will be kicked off by:
The Langer’s Ball at 7 pm followed by
Brendan O’Shea at 8 pm.

The Ike Reilly Assassination will rock the tent starting at 10 pm.

Friday in the tent:

There will be plenty of Guinness and Irish whiskey on sale. Dubliner’s shameless Leprechaun Balls, corn beef and Irish Stew will be on sale all evening.

Since his major label debut, the groundbreaking Salesmen and Racists, Ike Reilly has been making punk/folk/blues influenced rock ’n’ roll records that lean heavily on stories of outsiders with keen details and broad strokes that insinuate a crack in the American dream. Reilly’s band, The Assassination, has been called one of the best live bands in America, and the body of recorded work they’ve turned out has been poetic, rebellious, wholly original, and critically acclaimed.