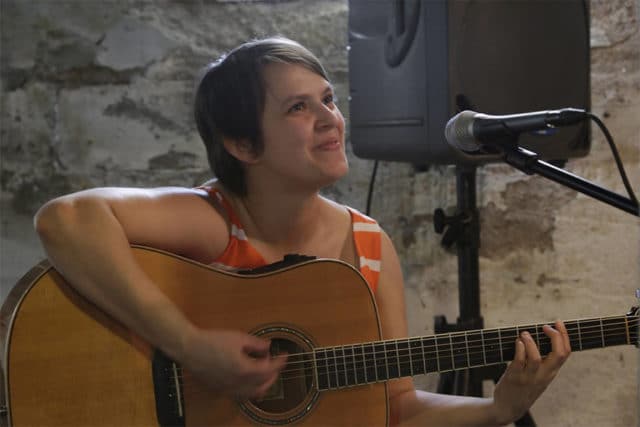 Shannon Murray is a folk/punk musician and storyteller from the northwoods of Minnesota. Tackling guitar playing, and songcraft like it’s a contact sport, her music is intensely political, and at the same time deeply personal. A tool of resistance, a method of resiliency, a means of survival, a message to about the importance of being true to who you are, and telling your story, it is a testament to the importance and power of music both in movements for social justice and in our personal lives.

Heavily influenced both stylistically and conceptually by her upbringing in a working class, non-musical family in rural Minnesota, and despite a late introduction to guitar and songwriting at the age of 20, and a myriad of assertions from music teachers growing up that she lacked aptitude, Shannon has developed a sound, style, and perspective that is uniquely her own. If you ask her what artists have influenced her the most, you will likely get a list of musicians from the small town of Bemidji that she calls home. She released her eighth album, Hallelujah! I’m a Bum, 2nd ed in 2017.