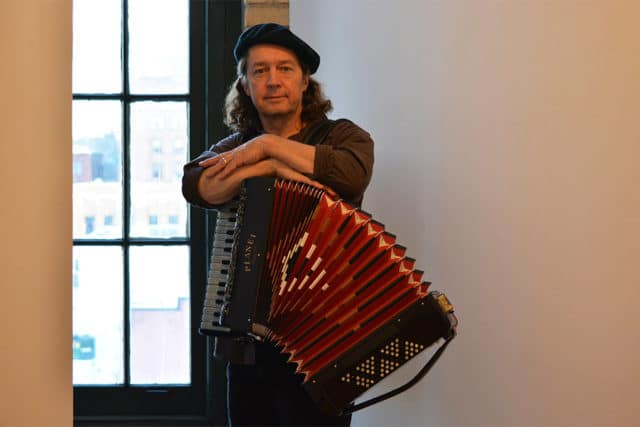 Dan “Daddy Squeeze” Newton has been playing offbeat accordion music since 1987, when he won the Nebraska State Accordion Contest at the Czech Festival in Wilber, Nebraska. He has used the squeeze box for playing all kinds of music not normally associated with free-reed instruments, as well as standard accordion material.

Daddy Squeeze also enjoys mixing up styles and genres that don’t generally seem compatible. “Music out of context”, or “Ethno-clectic Bop” is the result of his genre-bending experiments with Celtic, Tex-Mex, Creole, Blues, Jazz, Scandinavian, Polka and pop music.