All events for Crankshaft (Alexander Craig) 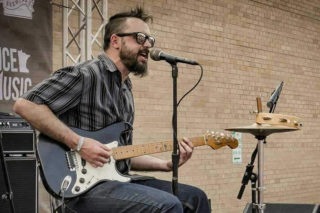 Born into this world from gas station cassette tape collecting semi-truck drivers, Alex “Crankshaft” Larson (Alexander Craig) was introduced to a wide variety of music as a pup. In 1996 he traded a combination oil/wood stove to his uncle for his first electric guitar and amp. Since then he's been involved in many projects. In 2008 he started practicing as a one-man band and was playing shows two months later.